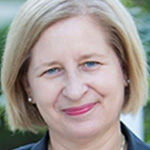 Ann Marie Lipinski is a Pulitzer Prize-winning journalist who directs the Nieman Foundation for Journalism at Harvard University, overseeing an international fellowship pro-gram and a portfolio of publications and convenings to promote and elevate the standards of journalism.

Prior to her Harvard appointment in 2011, she was the University of Chicago’s Vice President for Civic Engagement and Senior Lecturer. Before that, she served at the editor-in-chief and Senior Vice President of the «Chicago Tribune». As editor and managing editor she oversaw reporting that earned Pulitzer Prizes for a range of stories. Some of the most signi-ficant work of her editorship involved investiga-tions into abuses of the death penalty in Illinois, stories that contributed to abolishing capital punishment in the state. As a reporter at the «Tribune», Lipinski collaborated on a series of stories documenting government corruption in Chicago, earning a Pulitzer Prize for investigative journalism. She also created the Tribune Literary Achievement Awards, hosting public conversations with Arthur Miller, Margaret Atwood and others.

Lipinski, a graduate of the University of Michigan and Nie-man Fellow at Harvard, was co-chair of the Pulitzer Prize Board, elected to the American Academy of Arts & Sciences, and served on a variety of journalism, education and arts boards.