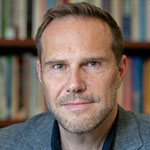 Much of Rodden’s research and teaching focuses on federalism, fiscal and political decentralization, and economic and political geography. He has worked with the IMF, the World Bank, USAID, and the European Parliament on these issues. He has written extensively about the vertical division of fiscal and political authority between central governments, state or provincial governments, and local governments around the world. He is currently part of a working group at the University of Salzburg that is attempting to extract lessons for the European Union from the experiences of other federations.

His most recent work explores the geographic distribution of economic activity and political preferences, with special attention to urban agglomerations in the era of the knowledge economy and the rise of political divisions between urban, suburban, and rural areas. He would like to understand broad differences between Europe and North America in the geography of innovation, manufacturing, and economic prosperity.

His publications include Why Cities Lose: The Deep Roots of the Urban-Rural Political Divide (Basic Books, 2019) and Hamilton’s Paradox: The Promise and Peril of Fiscal Federalism (Cambridge University Press, 2006).