Europe, Switzerland and the Future of Freedom

Essays in honour of Tito Tettamanti (2015) 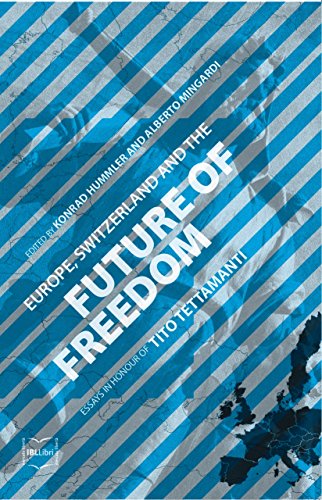 This book deals with these and many other issues. Its authors delve into subjects such as the nature of capitalism, the relevance of small states to preserve human liberty, the future of the welfare state, the consequences of financial regulation, among others. These essays were written in honour of Dr Tito Tettamanti on the occasion of his 85th birthday. A successful entrepreneur, Dr Tettamanti is also a man of letters, who has never grown tired of exploring the workings of a free society and the different dimensions of freedom. Economists, historians, businessmen, philosophers, and public intellectuals have contributed to this Festschrift to honour the man and his ideas. The result is an engaging journey through the history and the future of the free society. Individual freedom has profound roots in Switzerland and in Europe: in our political thought as well as in our political institutions. Its future, however, seems uncertain and faltering. This book provides food for thought for all those who care about it.